Japanese language and culture class at Wabash Middle and High School offers students an opportunity to immerse themselves in another culture and to take one more step to becoming a global citizen.  Students will not only learn about similarities and differences between their culture and that of Japan, but have the chance to communicate and develop literacy in a language that may be closer to home than most think.

According to the Indiana Economic Digest and Greater Fort Wayne Business Weekly, “Indiana has the highest per-capita investment by Japanese companies than any other U.S. state, and Japan is its second-largest trading partner, according to an announcement from the Japanese embassy in Washington, D.C..  Japanese companies have invested $9.8 billion in their Indiana operations, including automotive assembly plants for Honda, Toyota and Subaru. Those companies also have created 43,000 jobs in the Hoosier State.” (Indiana Economic Digest, 2014).

For those of us living in the Hoosier state, learning Japanese is not only an incredibly interesting and worthwhile pursuit, but one that boasts real opportunity outside of school.

Wabash Middle School students learn about Japanese culture, a large number of Japanese vocabulary words through weekly themes and are introduced to the first of the three Japanese alphabets.  6th through 8th graders will be able to introduce themselves by the end of the 9 weeks, preparing them for Japanese at the high school level.  8th graders will also have the chance to create their very own story for ‘kami-shibai’, a traditional Japanese storytelling medium.

Wabash High School students start learning Japanese with more structure and discipline than the middle school.  In their very first year, Japanese I students are introduced to and master two of the three Japanese alphabets while learning grammar patterns and delving deeper into Japanese culture.  This course prepares students to communicate with their Japanese counterparts at Yamate Gakuin in Kanagawa and may spark interest in a future using Japanese. Authentic Japanese artifacts, or realia is often used to support classroom instruction.

Japanese II and above builds off of the foundation laid in Japanese I and seeks to build greater linguistic and literacy skills in Japanese, in addition to, 21st Century skills in students.  Through authentic cultural projects and classroom contexts, students can expect a fun, authentic look into the world of Japan.

We will be holding 2 informational sessions in January via Zoom regarding our Japanese 1 course.  If you are interested, please RSVP by completing the Google Form. 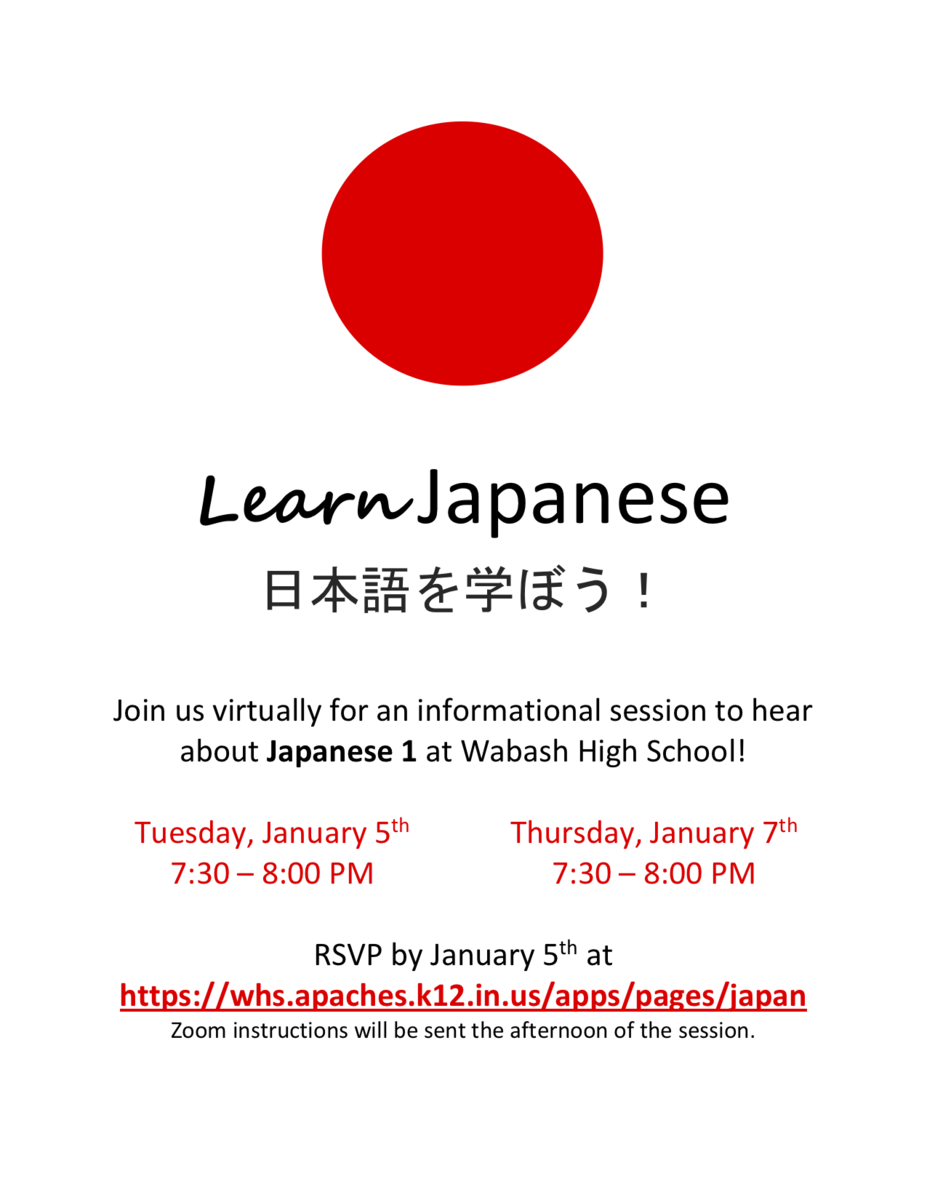